Published by Rogers Media, Sportsnet magazine was a bi-weekly magazine with a focus on sports stories, stats and game reviews. The magazine went in conjuction with Rogers Sportnet television and radio.

Goals: Create a Canadian sports focused magazine to compliment Sportsnets’ television and radio forces. The magazine was to be the Canadian equivalent to ESPN.

To be the first Canadian publisher to create a tablet version of a magazine.

Sarah was a member of the iPad team that launched the first magazine, Maclean’s, quickly followed by all of the titles under Rogers Publishing. The majority of her time was focusesd on Sportsnet magazine. 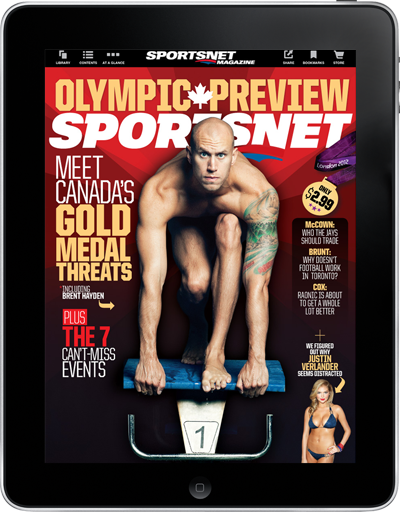 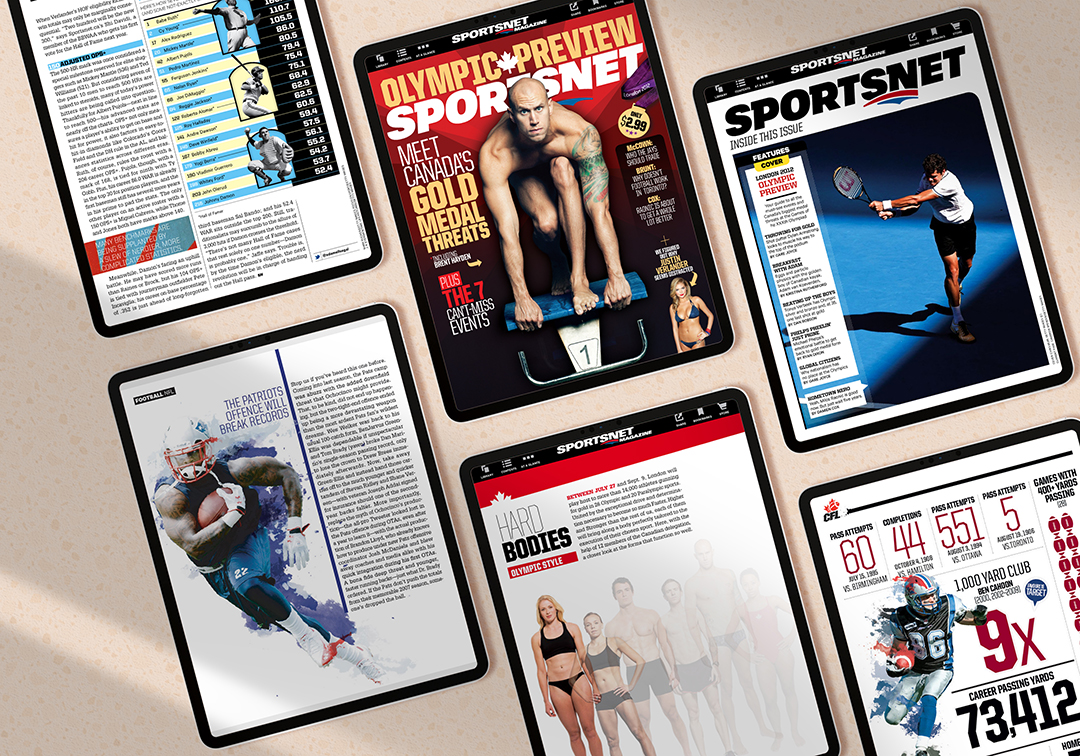 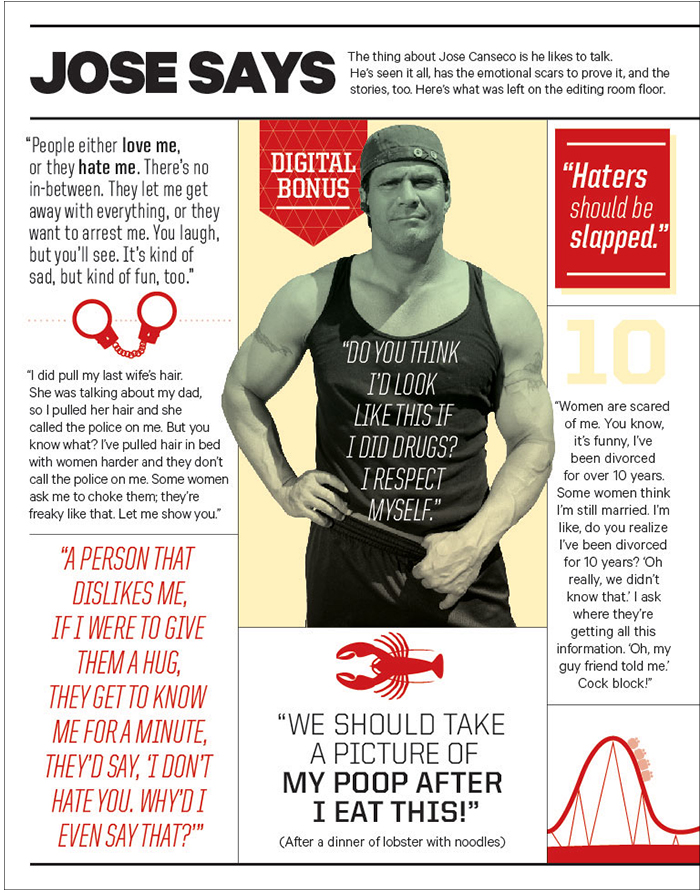 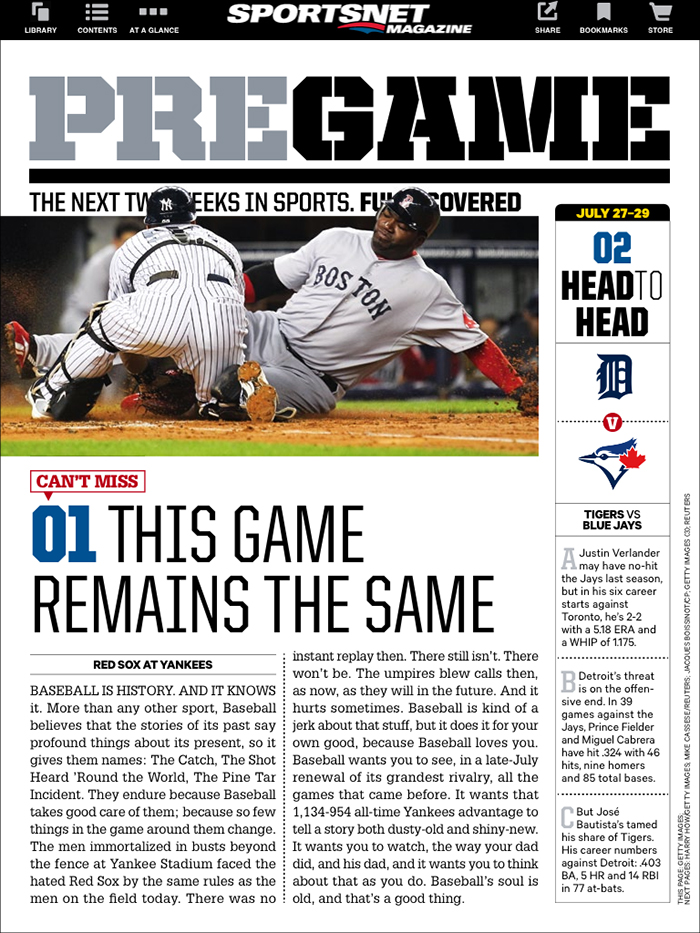 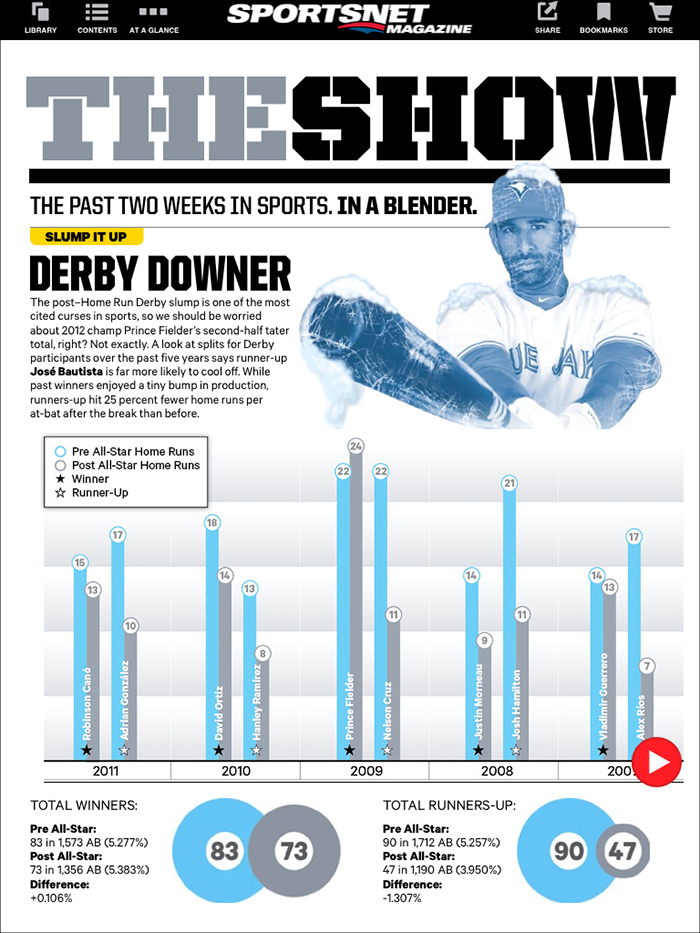 ← Made in Alberta Awards Chatelaine Magazine →